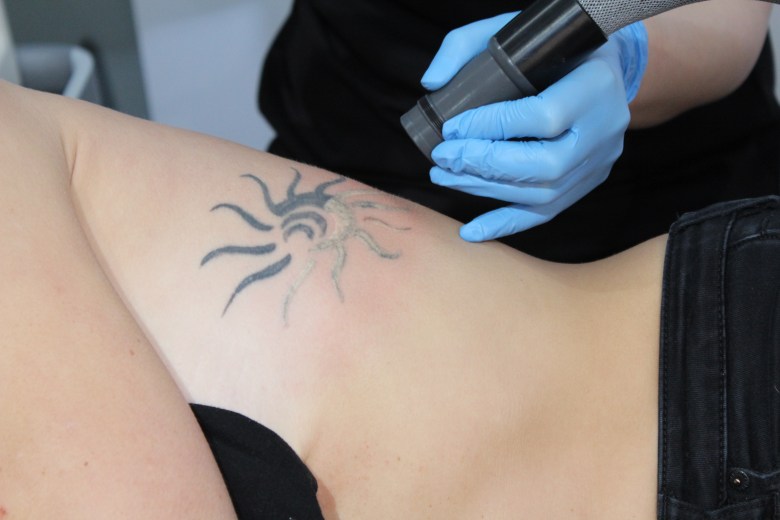 Plus, research reveals the things people wished they thought about before getting inked.

Getting a tattoo is a big decision. Regardless of how much (or how little) thought you’ve put into the process, the risk of post-ink remorse is always real. Fortunately, premium laser tattoo removal technology is about to become a mainstay in Australia’s booming ink industry due to the expansion of global tattoo removal leader, Removery.

Following a series of existing business acquisitions (including MJ Driver’s studios) and the development of new premises, you’re about to see many more Removery clinics popping up across New South Wales, Queensland and Victoria. Around the world, Removery now has 90 studios in the United States, Canada and Australia with plans to launch a further 200 studios during the next two years.

Well, although a whopping one in four Australians are now sporting tattoos according to research, it seems many of us decide we no longer want these bodily artworks permanently. But, it’s not because tattoos are on the way out…

“There are so many reasons why people want to remove ink or make room for a new tattoo. A lot of our clients are actually pro-tattoo but the meaning or relevance of their tattoo has simply changed over time,” says Removery Co-Founder, Chris Chambers in a media release.

How the tattoo removal process has evolved

For clients coming to see you to get a tattoo removed, there’s good news: It’s much easier and more effective than ever before.“Tattoo removal technology has come a long way, producing better results than ever,” says Chambers.

Removery uses the latest PicoWay laser technology to safely remove unwanted tattoos. Picosecond (AKA one-trillionth of a second) technology delivers the laser into the skin more effectively than the frequently used Q-switch laser.

This process “uses isolated laser energy to break up the pigment and colour within the tattoo. In the hands of Removery’s highly trained technicians, it’s a safe and extremely effective procedure,” explains Chambers. For clients, this also means it’s a more comfortable and less risky experience.

The upper body is where people like to get inked

In September 2021, YouGov and Removery surveyed a sample group of Australian adults on their thoughts around tattoos, revealing some interesting information.

Top tattoo spots: 40 per cent of the survey’s respondents said tattoos were most desirable on the arms while 27 per cent cited the chest, and 26 per cent were all about the back.

Where to avoid getting inked: A huge 69 per cent of survey participants said they weren’t a fan of face tattoos. Meanwhile, 40 per cent were against eyebrow ink and 35 per cent were opposed to tattoos on the neck.

The worst times to get tattooed: 49 per cent of the research group agreed the worst time to get a tattoo is when under the influence of alcohol. This was followed by 14 per cent who believed doing it for a dare or bet was the worst time while 13 per cent specified when starting a relationship, 10 per cent for spur of the moment, and 8 per cent when on holidays.