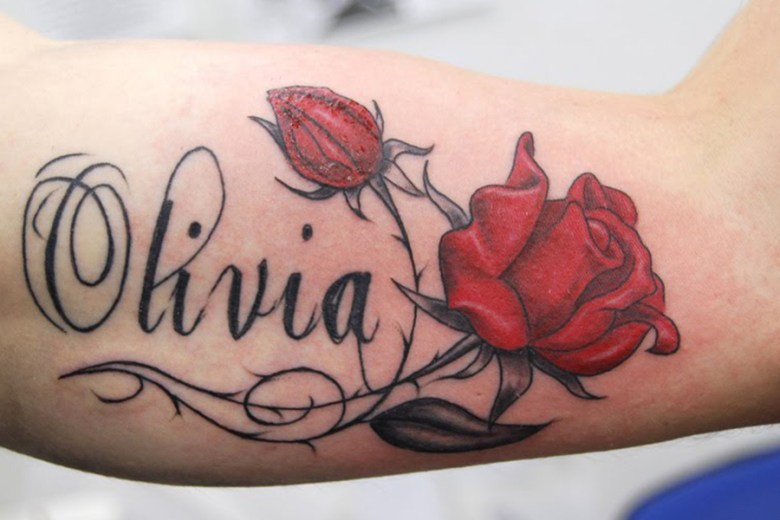 For every action, there is an equal and opposite reaction: Newton’s law of movement is now true for tattoo removal.

The one in six Australians who regret their ink can be rid of it the same way they got it – through clusters of tiny needle holes.

Until recently, there were three common ways to remove tattoos: surgical excision, chemical creams and laser.

Laser, the most popular choice, works by blasting the ink pigment with pulses of light, shattering it into tiny particles which are expelled through the body.

But these new pulsating “pens” are beam free. They create pin pricks on the surface of the skin, which allow the tattoo removal solution to penetrate into the guts of the tattoo.

Rather than eliminating it through the body, like laser, an “ink scab” forms. When the scab heals, skin underneath is renewed.

Pioneers of this technology are the Magic Pen, distributed in Australia by Architects Of Skin, and an extension to the Dermapen micro-needling device called Tattoff distributed by Inskin Cosmedics. Both are now available in Australia.

These machines make tattoos transient, and, any master of micro-needling will take to the method like a duck to water. You’re already a skin saviour, so could extending your offering with one of these dinky devices be a smart move for your spa or clinic?

Kym from Tattoo Tamer (using the Magic Pen device in her clinic), and Stene, the Australian distributor of Tattoff answer our burning Qs. Like, how much does it burn?

1. What’s The Difference Between The Devices?

“Ours is one hand-held device. Others consist of several machines that click together.” (Kym, tattoo removal specialist using the Magic Pen)

“Tattoff is multi-functional and able to do many different types of treatment regimes. Just add different needles, and different add-ons to the device.” (Stene, distributor of Tattoff) 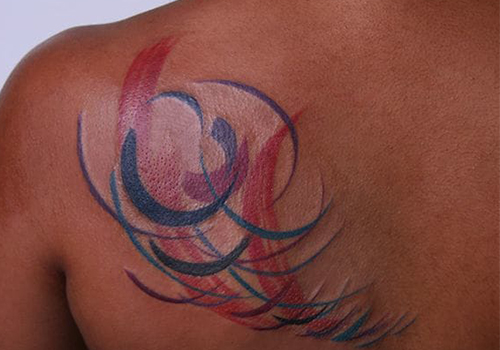 “We have a set of questions that go by the Fitzpatrick system, which determines how probable your success rate is going to be. Effectiveness depends on things like skin tone, where the tattoo is located, and how many times the patch of skin has been tattooed over.” (Kym) 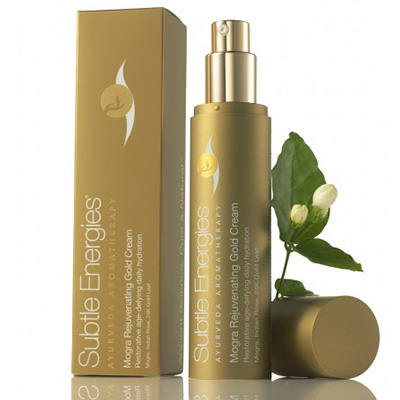 3. Does it work on any size tattoo?

“It works best on a tattoo no bigger than 15cm square — about the size of a grown man’s hand.” (Kym)

4. What about coloured tattoos?

“The fundamental advantage is we can remove all ink colours. The process is”‘colour-blind” because it’s a chemical, rather than a light-based reaction.” (Stene)

5. What can a client expect at the first appointment?

“First, there’s a client consultation to discuss expectations. If they would like to go ahead we do a small test patch, usually on their shoulder to see how their skin will take to the treatment. If they decide to go ahead, they can come back in for the treatment a few days afterwards. We start by numbing the area with cream. Then, with the pen, we make a circle of dots (12 seconds of needling)…then take a 3mm break and do another circle of dots and so on.” (Kym)

“Like normal micro-needing, injections are made point by point on the tattooed surface of the skin, regularly spaced by “bridges” of untreated skin. The tattoo removal solution penetrates the skin through in the needle holes. It’s that “skin bridge” where you haven’t abraded the skin that aids the healing of the part you’ve just abraded.” (Stene)

6. What does the tattoo look like after one treatment?

“You wait for it 6-12 weeks for the first round of dots to heal, then go back in for a second time and fill in between the dots. Once a dot has been made, that’s it. It will scab over and become new skin. The reason it takes 2 treatments is because you need to go back in and do the “bridges.” (Kym)

7. Will the tattoo leave any scar?

“It’s like when you graze your knee and the scab falls off. The skin is a little bit pink but it’s fresh skin underneath. It feels like brand new skin. Initially it would be more light sensitive, but physically to touch, it doesn’t feel weakened or anything like that.” (Kym) 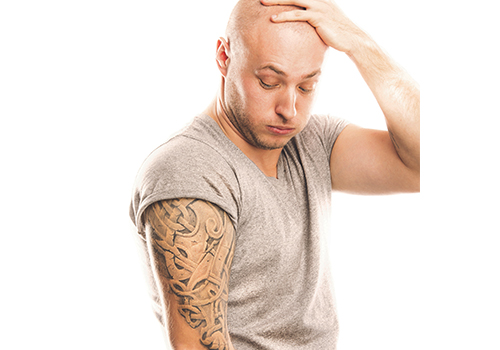 8. What about the OUCH factor?

“If there is any residual scratching or sensation during the treatment, it only lasts 12 seconds (the time it takes to make one circle of needle pricks) It’s not like a continual burn of a tattoo. Afterwards, there’s a slight burning sensation which lasts between 6 and 12 hours.” (Kym) 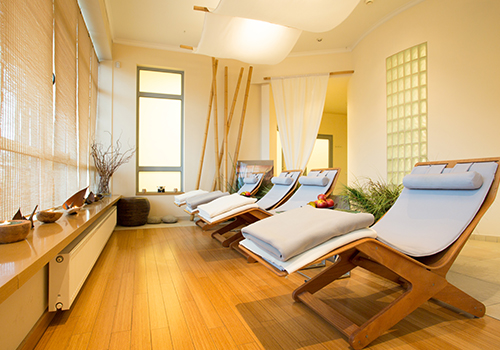 “I’m a beauty therapist and makeup artist by trade. I researched which direction to take my business and which model to purchase and this is what I’ve chosen.” (Kym)

“Most of the clinics that have bought Tattoff are upmarket cosmetic clinics and medispas.” (Stene) 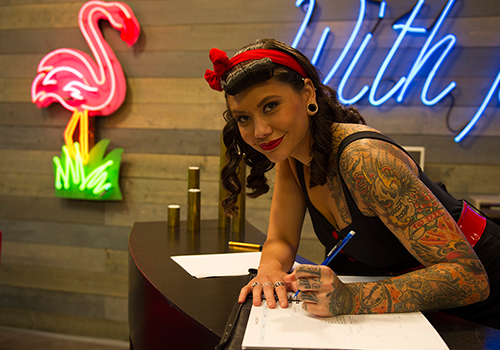 10. Would tattoo artists buy it?

“We are expecting tattoo artists will buy Magic Pen to correct mistakes.” (Distributor of Magic Pen)

“We are just about to release a series of needles to attach to the device that tattoo on permanent makeup.” (Stene) 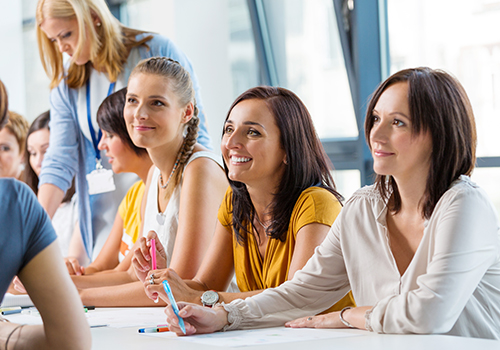 11. What qualifications are needed?

“The distributors of Magic Pen would only sell to someone who has a background in beauty therapy, or a nurse. Purchasers of the device do in-depth one on one product training.” (Kym)

“There are technically no regulatory restraints on who can use Tattoff. We have a one day training course which you need to complete with an exam. If you pass that, we allow you to use the device.” (Stene) 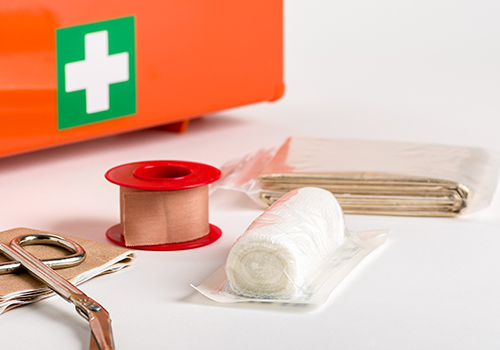 12. Does the client need post-treatment?

“We give the client aftercare packs containing everything needed to manage their wound and look after it properly. Each pack contains enough bandages, healing gel, paraffin gauze and larger bandaids to supply them for a week.” (Kym) 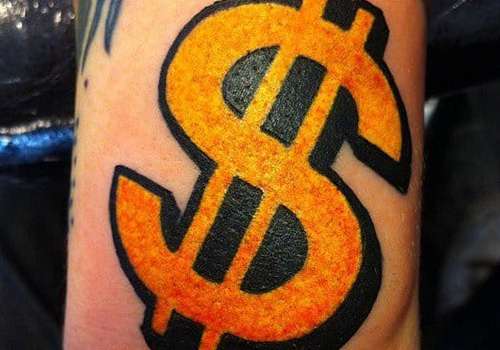 How much do the devices cost? What’s ROI like?

Both devices are under $14,000. Technicians like Kym are charging between $250 – $1000 for the removal of a tattoo, depending on its complexity.