Anti-ageing isn’t what it used to be and  the quest to banish lines and wrinkles is no longer hogging the rejuvenation industry’s market share. 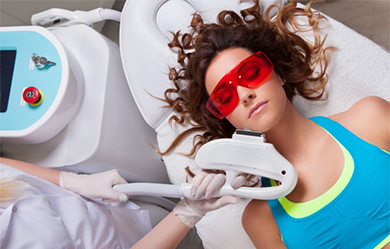 Consumers are now seeking to appear ‘fresher’ rather than years younger, with an emphasis on even-toned, more radiant skin – the true hallmark of youthfulness.

This trend now appears to be influencing the cosmetic surgery patch: the British Association of Aesthetic Plastic Surgeons (BAAPS) has announced that the demand for cosmetic surgeries has dropped in the UK by nine percent since 2013.

According to former BAAPS president and consultant plastic surgeon Mr Rajiv Grover, the results have reflected a ‘more educated’ Britain.

‘The difference between 2013 and 2014 may seem surprising, but the dramatic double-digit rise last year [2013] was very clearly a post-austerity ‘boom’, and figures are simply now returning to a more rational level,’ he says.

‘It might seem counterintuitive that, as plastic surgeons, we could possibly welcome such a change, but we are pleased that the public are now so much more thoughtful, cautious and educated in their approach to cosmetic surgery.’

Adds consultant plastic surgeon and BAAPS president Michael Cadier: ‘The message to the aesthetic sector is clear: patients want subtle and understated and, most refreshingly, they are doing their research, taking their time and coming to us with realistic expectations.

‘With demand for the most subtle anti-ageing procedures such as eyelid surgery and facelifts holding steady, it’s clear that the public of 2014 were after a refreshed or youthful appearance rather than more conspicuous alterations.’

Dr John Flynn, chief censor of the Australasian College of Cosmetic Surgery (ACCS), says that the BAAPS findings need to be seen in the context of what cosmetic surgery means today.

‘To a degree we are seeing a similar trend here but it is important to consider these statistics in view of how the scope of cosmetic surgery has changed as compared with older plastic surgery, which was all about the scalpel and could lead to unnatural-looking results,’ he says.

‘Cosmetic surgery is now a combination of modalities that includes, for example, lasers to retexture and firm the skin, and dermal fillers and neurotoxins to contour features.

‘A good cosmetic surgeon does not just perform surgery but is highly skilled at using non-surgical technologies that will complement the surgery for the best, most beautiful and natural-looking results.

‘That said, we are getting better at what we do with these technologies and so, yes, there are cases where it is not necessary to have surgery to achieve the desired results.

‘I strongly take issue with any suggestion that cosmetic surgery cannot achieve wonderful, natural-looking outcomes and that people are steering away from it for this reason. And, after all, some very unnatural results can be caused by non-surgical technologies if they are performed by practitioners without knowledge, training and skill.’

According to BAAPS, the top 10 surgical procedures performed on both men and womenin the UK last year totalled 45,406, compared with 50,122 in 2013, and their order of popularity has shifted for the first time in five years.

Although breast augmentation remains the most popular cosmetic surgery choice in the UK, demand for the procedures dropped by 23 percent in 2014.

Liposuction procedures, however, moved from the sixth to fifth most popular cosmetic surgery procedure in the UK, with seven percent more people opting to have the surgery in 2014.

Face and neck lifts in women were the only other procedures to increase in popularity, with a rise of one percent. There are no statistics available in Australia about the number of cosmetic procedures.