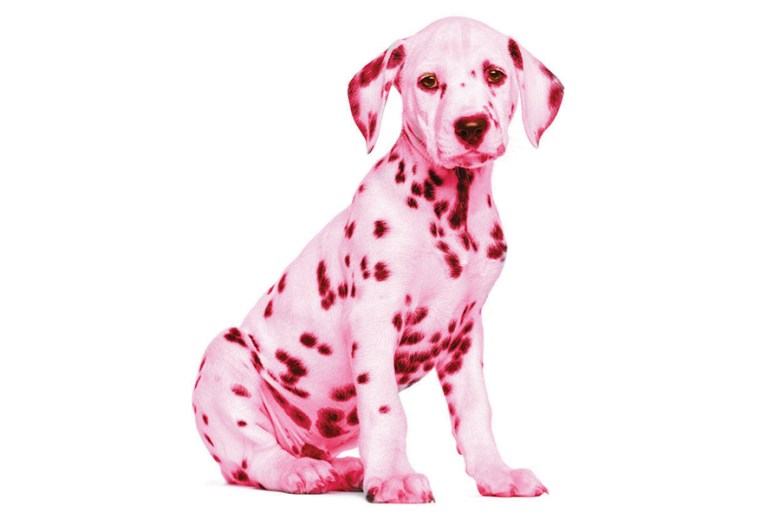 A serious condition that is often misunderstood and misdiagnosed, rosacea has been called “the great pretender”, as the early symptoms can often be confused with acne, mild sensitivity and even sunburn.

Now, however, the condition is becoming more common so it’s important to recognise both the signs of its development and what steps can be taken to help to control it.

In this, global Rosacea Awareness Month, the goal is to spread public education on this disease so that more people who may have rosacea seek professional help before it gets worse, and so those whose lives are affected can find greater public acceptance and understanding.

Studies have established prevalence of rosacea at approximately 10 percent of the Australian population, although some specialists suggest the majority of more minor and moderate cases are never diagnosed, despite the benefits treatment would bring.

A recent survey by the American National Rosacea Society (NRS) revealed that 69 percent – almost three-quarters of respondents – experience a rosacea flare related to emotional stress at least once a month.

A significant majority (90 percent) of respondents said they had suffered some sort of physical discomfort from their condition.

Earlier studies conducted by the NRS revealed that more than three quarters of respondents (76 percent) felt that rosacea had lowered their self-esteem and 88 percent of patients with severe symptoms reported that rosacea had adversely affected their professional interactions.

“It mainly affects the face although it can appear on the scalp, neck, chest and back. Initial symptoms can include facial flushing, spots and persistent redness as tiny blood vessels in the skin become more visible.

“In severe cases, skin around the nose can become very thick and enlarged and the eyes watery and irritated.

“Twice as many women as men are affected but symptoms are generally more severe in males; individuals between the ages of 30-50, with fair skin, blue eyes and from northern Europe tend to be most at risk.

“Exact causes of rosacea are unknown although blame is attributed to both environmental and hereditary factors.

“One theory suggests that it’s due to a tiny mite called Demodex Folliculorum; this mite lives in hair follicles and it is believed that they can clog up the oil gland resulting in the inflammation seen in rosacea.

“Another theory is that the condition is due to bacteria called Helicobacter Pylori that is found in the gut; this bacterium is known to stimulate the production of the bradykinin protein, which can cause blood vessels to expand and lead to rosacea.

“If left untreated, rosacea symptoms often get worse and become more difficult to treat. Unfortunately there is no cure for this condition but there are a wide range of products and treatments available that can help to control the symptoms.”

“Primarily, the triggers should be avoided,” he says. “Then, a proper, gentle and dedicated skin care regimen to control and treat the sensitivity of rosacea skin should be followed.

“It is recommended to visit a spa for professional advice. If necessary, a visit to the dermatologist can help address rosacea symptoms from a medical point of view in conjunction with skincare management.

“Gentle products intended to soothe, cool and calm sensitised skin are the main focus. In addition, ingredients that are in those products that can support healthy micro-capillary circulation and proper skin nutrition can help control the rosacea concern over time.

“Sunscreen ingredients are also recommended to reduce damage to the skin.

“Doctors mostly rely on antibiotics to control a certain population of micro-organisms that can worsen the condition such as the parasite Demodex folliculorum within skin follicles, and/or Helicobacter pylori bacteria at digestive level.

“Last but not least, concealing mineral makeup is recommended to cover and/or cancel out redness.”

Dr Jurist says Pevonia is one of very brands that has a line dedicated to the condition – the RS2 Rosacea range, comprising Gentle Lotion, Care Cream and Concentrate; also available in a starter pack – for home use and professional treatments.

As per the RS2 range, Dr Jurist recommends looking for products containing natural ingredients that can reduce skin irritation and calm the skin, such as green tea, licorice, French Rose and chamomile extracts, which are very effective in controlling Rosacea symptoms when used on a regular basis.

Longtime paramedical aesthetician Sue Carroll, owner of the Skin Inspiration clinic in Mona Vale, on Sydney’s northern beaches, has been using the RS2 professional protocols and retailing the home care for several years.

“I have a lot of clients with vascular skin problems ranging from couperose to rosacea,” she says.

“They are all looking for a way to proactively treat the condition as opposed to simply manage the symptoms with a soothing range.

“Incidence of rosacea seems to increase with the onset of menopause and, as our client base is mature, we see rosacea a lot.

“Our clients are thrilled with the regression of redness and inflammation in their skin and almost always stay with the range long term.

“And we have a lot of people who come to us to purchase the range on recommendation of a friend or colleague who has had great results.

“The RS2 Professional Treatment utilises a combination of seaweed, frankincense and licorice extract to exercise and strengthen the capillaries and reduce redness and inflammation.

“Results can be seen after the first treatment, however a course of 5-6 is recommended for longer-lasting results.”

FROM CHRONIC CONDITION TO INSPIRING JOURNEY: A PERSONAL ROSACEA EXPRIENCE

After battling the condition for eight years, she had a remarkable breakthrough this February when her skin took to Vanessa Megan’s line of organic personal care like a duck to water.

Now, just two months later, Elly has accepted the position of CEO of the company, and is a genuine brand ambassador.

Needless to say she’s perfect for the role – not only due to her proven success in business strategy, but because she can relate on a very personal level with others suffering with their skin.

Being able to reach out and help them, she says, is incredibly rewarding.

“In my journey to clear skin I’ve learnt that the thing you struggle most with can be your greatest teacher,” she confides to SPA+CLINIC.

“Despite the emotional distress along the way, I have actually gained a lot from having severe rosacea. I’ve learnt so much about my own digestive system and my health and have learnt to really listen to my body.”

Until Elly’s first flare up, she’d possessed the kind of impeccable skin (even as a teenager) that people were constantly complimenting her on.

It is therefore not surprising that she thought her first breakout was the result of a phantom insect bite acquired in an exotic location where she was working in international aid.

Understandably, she was mortified, when, rather than improve, the red flush worsened into raised pustules that butterflied across her cheeks.

“It became a topic of conversation and it affected my social life and willingness to engage with people,” she says.

“I started to accept my skin condition as a new normal, but it made me self-conscious and looking back at the photos, I can see it was worthy of emotional anxiety.

“The actual “rosacea” diagnosis took a long time – from dermatologists to beauticians, no one was able to decisively say whether it was hormone related or an allergy.”

In pursuit of healing her face, Elly tried antibiotics, topical prescription creams and anti-bacterial washes. She investigated all kinds of hydrating creams, from medical grade to home-made.

With no relief, it became clear she was reacting to one or more of the topical treatments, so she steered away from putting anything on her face but coconut oil.

Unsure if it was hormone related or triggered by environmental irritants, Elly explored all kinds of internal therapies from acupuncture to special diets. But it wasn’t until she connected with skincare formulator and old friend Vanessa Gray Lyndon (founder of Vanessa Megan organics) that she reluctantly agreed to try two products in the certified organic range, The Petitgrain cleanser and N.E.O face oil.

“I’d had so many bad experiences with skincare and my skin reacted to pretty much everything, but Vanessa showed me how to use the cleanser with a muslin cloth to ensure it would be as gentle as possible, and she showed me how to dilute the oil with a little water to avoid irritation,” she explains.

“Within a few days, things started changing – the pores visibly reduced in size and my skin felt stronger.

“I couldn’t believe it because I always thought organic skincare was nice and a great environmental choice, but not a solution for chronic conditions like mine – I called Vanessa to tell her the good news and from there on, my skin has gotten better and better.

“Now, three months later, all the irritation, redness and pustules are gone and I am gradually introducing more and more products into my bathroom cabinet again.”

On a mission to help others with chronic skin concerns, one of Elly’s first initiatives as CEO invites anyone suffering from rosacea, acne or hyperpigmentation to trial Vanessa Megan products and record their journey to clear skin.

“They are diagnosed, then prescribed a skincare 6-week routine with all products supplied with compliments of the brand,” she explains.

“Weekly consults with our aesthetician, photo documentation and videos, with weekly surveys will help us to monitor skin improvements.

“In exchange we are asking participants to let us share their story to help others find their way to this natural solution.”