Dermal fillers, anti-wrinkle formulas and other cosmetic injectables have revolutionised anti-ageing over the past three decades – specifically, they have made anti-ageing possible – with their ability to smooth lines and wrinkles on the face and re-contour sad or sagging features to create a more youthful and vibrant appearance.

But now they are being used to do a whole lot more than that, including: 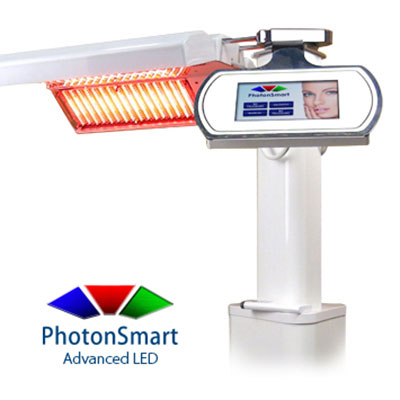 Originally used to relax frown lines and crow’s feet, it was never going to be long before Botox and other brand neurotoxins such as Dysport and Xeomin were taken to other parts of the body.

While usually associated with the frozen faces of women, men are getting in on the act – but not just for their faces.

They are now having neurotoxins that temporarily paralyse muscles injected into their scrota.

New York plastic surgeon Dr John Mesa has performed “Scrotox “on 15 men in the past year alone, although he calls the procedure “ball ironing”.

The effect of Scrotox is much the same as regular Botox (or ironing, for that matter): the removal of wrinkles, and the effect lasts for about four months.

Over time, testicles develop wrinkles due to changing temperatures – when it’s warmer, the scrotum relaxes, and in colder conditions testicles contract.

But as well as smoothing the skin, Dr Mesa explained that Scrotox allows the testicles to hang down further and appear bigger, which is another attraction for many men.

Given that the body part in question is obviously so much more sensitive than the skin on one’s face, you’d be forgiven for thinking Scrotox must be incredibly painful – there aren’t many men who would like the idea of having a needle injected into their testicles.

But Dr Mesa says it’s not as painful as you might think due to the anaesthetic used: “Once the numbing medication kicks in, you won’t feel anything,” he explains.

The so-called O Shot (aka Orgasm Shot) technique, patented and trademarked by US surgeon Dr Charles Runels, uses a patient’s own blood-derived growth factors to rejuvenate and re-sensitise the clitoris and vaginal walls.

This technique has been shown to improve issues of sexual dysfunction, including arousal and anorgasmia.

This is the same surgeon who popularised the “Vampire Facelift” (or, rather, Kim Kardashian did it for him in her famous Twitter post).

Perth cosmetic surgeon Dr Jayson Oates says fundamental to the procedure is Platelet Rich Plasma therapy (PRP). This involves taking vials of a patient’s own blood and spinning them in a centrifuge (as the patient waits) to extract plasma rich in growth factors.

The plasma is separated from the rest of the blood fluids and reinjected (a series of superficial injections) to the desired treatment areas to stimulate healing collagenesis to rejuvenate the skin.

“The PRP is injected in a soft tissue just inside the vaginal canal behind the clitoris,” said Dr Oates. “Patients report that it is relatively painless.

“Results can be noticed from after a week to several weeks, depending on the woman’s health and last for eight to 12 months.”

Cosmetic injections to enhance the lips are blooming … and not just those on the face.

According to internationally renowned nurse injector Nicole Belle, women are flocking to her clinic, Face Today, in Cairns to have their external genitalia restored to former glory with dermal fillers, along with other non-surgical modalities.

“In the privacy of a closed clinical environment, with a practitioner with whom they have developed a close relationship, deep areas of a patient’s insecurity are revealed – such as a not liking, or being downright ashamed of the appearance of their genitalia,” says Nicole.

“I am so often told by women – and often while performing other cosmetic procedures – that they are embarrassed by their labia, for instance; that it is inhibiting their sexual expression and hence relationships.

“These concerns are expressed by women of all ages. `What is normal?’ is a question asked by many young women, and feeling that their genital shape is `ugly’ is an area of great concern.

“Therefore we will say to our patients: `Let me see your perceived problem’. On examination in a standing position, taking into consideration their deep-seated concerns and opinion about `what their Brazilian reveals’ we offer them non-surgical solutions that will give them the confidence to express themselves with confidence in their intimate relationships.”

One of the main concerns Nicole and her colleagues see is genital lips that have been depleted of collagen and elastin with ageing.

“Depleted fullness in the mons pubis and labia majora leads to an older-looking appearance and older woman who would like a Brazilian wax no longer do so due to perceived judgement by young beauty therapists.

“Knowing there are solutions to rejuvenate all lips with dermal fillers and to correct or enhance other aspects of the nether regions gives hope and excitement to the menopausal age group. I tell patients: `Life begins at 50 so let’s enjoy every minute of possibilities’.”

If you’ve spent years in heavy earrings – or ageing has simply depleted fat stores where you can least afford to lose them – stretched-out or shrivelled-looking ear lobes are likely beyond the capabilities of an anti-ageing potion.

However, injecting them with hyaluronic acid dermal fillers is becoming an increasingly popular way to plump up the area and lift loose lobes (showing those earrings off to much better advantage!).

“You only need a drop or two strategically injected around the pierced hole,” says New York dermatologist Dr Francesca Fusco.

Dr Fusco says the procedure takes about five minutes, is virtually painless and, unless a patient specifically requests it, no local anaesthetic is required.

“For many men, penis size is a sensitive issue leading to embarrassment, insecurity and can limit their sex life,” says above mentioned surgeon Dr Jayson Oates, creator of the Calibre, a non-surgical technique for penile enlargement using using hyaluronic acid injectables.

“Guys just want to feel more confident in their bodies both in literal or hypothetical locker room scenarios and with sexual partners.

“I have performed thousands of facial cosmetic injectable procedures over more than 15 years, on lips, cheeks, chins, jaws, temples, eyes, foreheads, noses, hands, so I started thinking about cosmetic injectable options for penises. This led me to HA fillers.”

Dr Oates and his medical team started development of the Calibre technique in 2012. Before regularly treating patients from 2014, they trialled numerous HAs and refined the technique “which produces consistently good results”, Dr Oates says.

“It is a painless, one-hour, safe procedure with no down time. After an application of a numbing cream and using a microcannula less than three quarters of a millimetre, many tiny threads of the filler substance are injected around the whole penis, which is then bandaged.

“What we didn’t expect is that Calibre also tends to increase flaccid length due to the additional weight – more noticeable for guys who have a lot of `shrinkage’.

“We have had great feedback. Guys really do feel more confident. Initially I thought it would just be a `locker room’ benefit; that they would feel better in situations where their penis may be seen by another man.

“But patients kept coming back and saying their partner definitely noticed the difference – and not just appearance-wise!”

If a person is genetically predisposed, even the slimmest can carry a “gobbler” under the chin, which can also create the perception overall that they are heavier than they actually are. Double chins can occur in any body type.

Short of a surgical neck lift and/or liposuction, growing a beard (not necessarily practical for women) or wearing scarves and polo necks year-round, there was not previously much to be done about double chins/turkey necks other than to, well, suck it up.

The ageing process also serves to exacerbate the appearance of double chins; changes in facial anatomy over time include looser skin, accumulation and movement of fat and loosening of muscles in the chin area.

If overweight, while losing kilos through diet and exercise can of course help reduce size overall, it will not spot-reduce trouble zones such as double chins disproportionately with other areas.

Entering the non-surgical arena this year was Belkyra, from Allergan (the makers of Botox).

The active ingredient, deoxyholic acid, is a purified synthetic version (derived from soybeans) of a molecule that occurs naturally in the body and aids in the breakdown and absorption of dietary fat.

When injected under the chin in strategic areas (defined by a grid after assessment and “pinch testing” by the injecting doctor) for optimum contouring benefits, Belkyra breaks down fat cells in the treatment area. The fatty waste is eliminated through the body’s natural processes over a 6-12 week period, when optimum results will be seen.

Sydney cosmetic physician Dr Naomi McCullum, owner of The Manse Clinic in Paddington, was in the first small group of Australian doctors to be trained by Belkyra.

“It is an effective, permanent, safe and gradual non-surgical injectable treatment to reshape the jawline,” Dr McCullum says. “The injection can be used to sculpt the neck and create a chiselled jawline, creating a youthful profile.

“Patients hate their double chins, they are unhappy with their jawlines, it make them feel they look fat, people think they’ve gained weight, and they hate how they look in profile when they catch a glimpse of their side view. They also hate photos and even avoid them.

“The treatment is tailored to suit each patients’s anatomy and circumstances, and the satisfaction rate is very high, with 75% of patients reporting satisfaction with the appearance of their face and chin after treatment.

“After treatments, patients report an improvement in self perceptions. Based on their improved chin profile, patients reported feeling happier and younger less embarassed, less bothered and less self-conscious.

“Doctors can now contour and lift the neck the way that we have been contouring and lifting the cheeks!”

As a prescription-only treatment, Belkyra should only be administered by a registered doctor who has taken part in the official Belkyra training program run by Allergan-appointed experts.