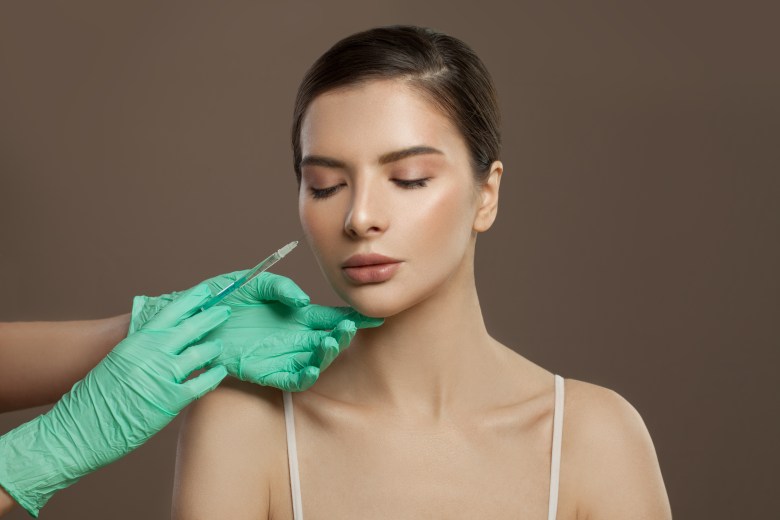 Thought hyaluronic acid fillers only lasted a year or less? It’s time to think again. Both monophasic and biphasic hyaluronic acid fillers have been shown to offer longevity of two years (or more!), according to a new study titled Quantitative Evaluation of Volume Augmentation and Durational Changes in the Anteromedial Cheek with Hyaluronic Acid Fillers Using Three-Dimensional Measurement: 2-Year Results from a Comparative Split-Face Study.

Appearing in the May 2022 edition of Plastic and Reconstructive Surgery, the research project was commissioned by Merz Pharmaceuticals and conducted in South Korea.

During the study, researchers utilised objective 3D measurements to track volumetric changes in treatment areas. Midfacial injections of the test filler were injected on one side of the face while one of three types of a random control filler was used on the contralateral side.

Participants ranged in age from 30 to 50 years and were monitored over a two year period. To determine volumetric changes, 3D scans were performed at baseline, 30 minutes following treatment and then two, four, 12 and 24 weeks post-procedure.

A final scan was completed two years after the injections. It revealed that the volume augmentation effects of the monophasic fillers remained for at least two years after the treatment (at levels of 8 per cent and 66 per cent for each type of filler used). Meanwhile, volume augmentation effects of the two biphasic fillers trialled persisted at more than 50 per cent.

But, rather than being news to many practitioners, Dr Herbert Hooi, suspects this research will simply confirm what many have long suspected.

“Astute injectors have known for a while that dermal fillers can appear to have a longer effect than previously thought. What was lacking until recently was good radiological evidence to demonstrate this longevity. These recent studies also tend to suggest that the less mobile an area the longer the filler can persist in that area,” says Dr Hooi.

Understanding patients’ injectable history is crucial both for safety and for providing satisfactory ongoing results with regard to maintenance and other future procedures. One way to do this is by using ultrasound technology.

“In my own practice, I have used my Vinno V6 ultrasound to demonstrate the persistence of filler three to four years in the nose and over five years in the tear troughs. Ultrasound was used to assist in localising and dissolving the fillers, which were either causing a medical problem (such as swelling, granuloma or ischaemia) or an aesthetic problem (so as to return the tissue back to baseline),” explains Dr Herbert Hooi.

“The benefits of ultrasound over other imaging modalities such as CT or MRI are its point of care availability, ability to visualise dynamic tissue changes and cheaper cost. I believe ultrasound will ultimately form part of the standard of care in cosmetic injection practice,” says Dr Hooi.