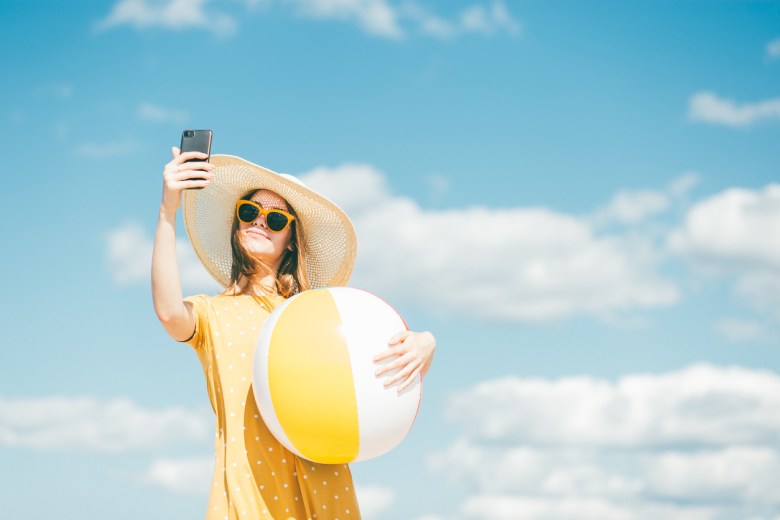 Perceptions of ‘tanned ideals’ are starting to change.

According to new Aussie research, media literacy skills could assist in shifting attitudes around what is believed to be the ‘tanned ideal’. Conducted by the University of South Australia, the research tested the ability of social media to influence perceptions of tanning, finding that the greater an individual’s ability to critically access and evaluate social media posts, the less likely they were to idealise a golden tan.

The world-first study found that individuals with higher media literacy capabilities were much less likely to embrace or compare themselves to a tanned ideal, yet the opposite was true for those with fewer media literacy skills.

Lead researcher, UniSA’s Dr John Mingoia, says the findings highlight the importance of incorporating media literacy into sun safe education initiatives. “The desire for tanned skin has long been part of Australian culture, yet despite everything we know about the dangers of tanning and the risk of skin cancer, people are still engaging in unsafe sun behaviour in the quest for what they consider a healthy golden glow,” Dr Mingoia says.

“In Australia, where we’re exposed to some of the highest levels of UV radiation in the world (and correspondingly, have one of the highest rates of skin cancer in the world), the desire for tanned skin is undeniably dangerous. The challenge is that people are exposed to images of the ‘tanned ideal’ on social media platforms – Instagram, Facebook, Snapchat and YouTube – where their perceptions of attractiveness are shaped and reinforced by images from advertisers, influencers, bloggers, and friends, many of which have been artificially enhanced or manipulated.”

“It’s this kind of everyday organic content that we’re trying to combat, so that young adults can more easily identify the pervasive way that social media can influence their knowledge, attitudes and behaviours. Adding such media literacy skills to Australia’s existing and well-developed sun safe messages and campaigns will help individuals better manage their responses to media exposure, and importantly reduce any potentially negative self-comparisons.”

“Increasing people’s knowledge of how social media messages are constructed, manipulated and altered, as well as their capacity to impact cognition and attitudes, will improve awareness and scepticism of content on social media,” Dr Mingoia says.

“What we’re looking to do is add a complementary layer to existing sun safe education which we hope will lead to a reduced acceptance of what people see relating to tanned ideals on social media and consequently, better health outcomes. With more than 90 per cent of young adults regularly using social media, it’s a space we cannot afford to overlook in the battle to combat skin cancer.”

In Australia, approximately two in three Australians will be diagnosed with skin cancer by the time they are 70. It’s no surprise then that the CPCA has also just released a high volume of information and recommendations to media and its members when it comes to skin cancer and growing awareness. The release encompasses several points on various sunscreen types and ingredients, the latest research, and the use of popular smartphone apps. Key findings include: